“Music gives soul to the universe, wings to the mind, flight to the imagination…” 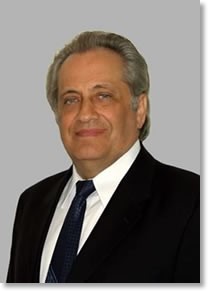 Dr. Yakov Voldman holds a a Ph.D. in Music from the Moscow State Conservatory. Throughout the years Dr. Voldman has published a number of articles for professional music educator associations. Dr. Voldman worked with the Moldova State Symphony Orchestra and was also the founder and music director of the Moldova State Violin Ensemble, which gave concerts in a number of European countries. The ensemble recorded a large repertoire of classical music for State Radio and Television. During this period Dr. Voldman was also a professor of violin and conductor of the Chamber and Symphony orchestra at the Kishinev State Conservatory.

Since 1992 he has been involved with the Southeastern Louisiana University as a Professor of violin and director of SLU Chamber Orchestra. Dr. Voldman built the university’s string program from scratch and brought it to its current success. Under Dr. Voldman’s direction the SLU Chamber Orchestra has performed a number of concerts with world-famous soloists. Through the years a number of Dr. Voldman’s students have won awards at state and national competitions.

Dr. Voldman conducts farewell concert at the Columbia Theatre By Regina Pergola On May 9, 2017 Retiring professor of violin ...
Read More